Biodiversity is a contraction of biological diversity, encompassing the variability and variety of life on Earth. Importantly, biodiversity includes all living things - not just wildlife. 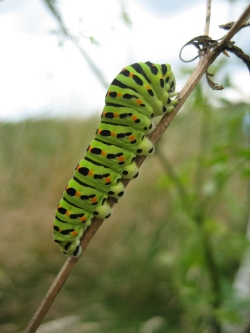 Why does biodiversity matter?

Although often overlooked, biodiversity provides a range of ecosystem services, contributing to the quality of our day-to-day lives.

• Biodiversity helps to purify water and air, reduces flooding, promotes nutrient cycling and soil formation, decomposes wastes and regulates the climate. These indispensable ‘life support’ benefits have been estimated to be worth billions of pounds each year.
• Contact with nature can improve learning performance in school children, enhance emotional development, be an effective treatment for depression and reduce stress levels.
• Biodiversity has been a source of enjoyment, inspiration and spiritual nourishment for millennia.
• Biodiversity has intrinsic value, and many people argue that all species have the right to exist.

Biodiversity is under severe threat

Habitat destruction, climate change, invasive alien species, over-exploitation and pollution has caused biodiversity to decrease at an alarming rate.
• Nearly 500 species have become extinct in England in the last 200 years.
• 40% of the UK’s reedbeds have disappeared since 1945.
• 75% of England’s lowland heaths have been lost in the last 200 years.
• Nearly 50% of England and Wales’ ancient woodland has been destroyed.
• Current rates of extinction may be 1,000 times greater than global natural background levels.

For more information about the BAP process in the UK, visit the website of the Joint Nature Conservation Committee (JNCC).

For more information about the international agreement which underpins the BAP process, visit the website of the Convention on Biological Diversity.